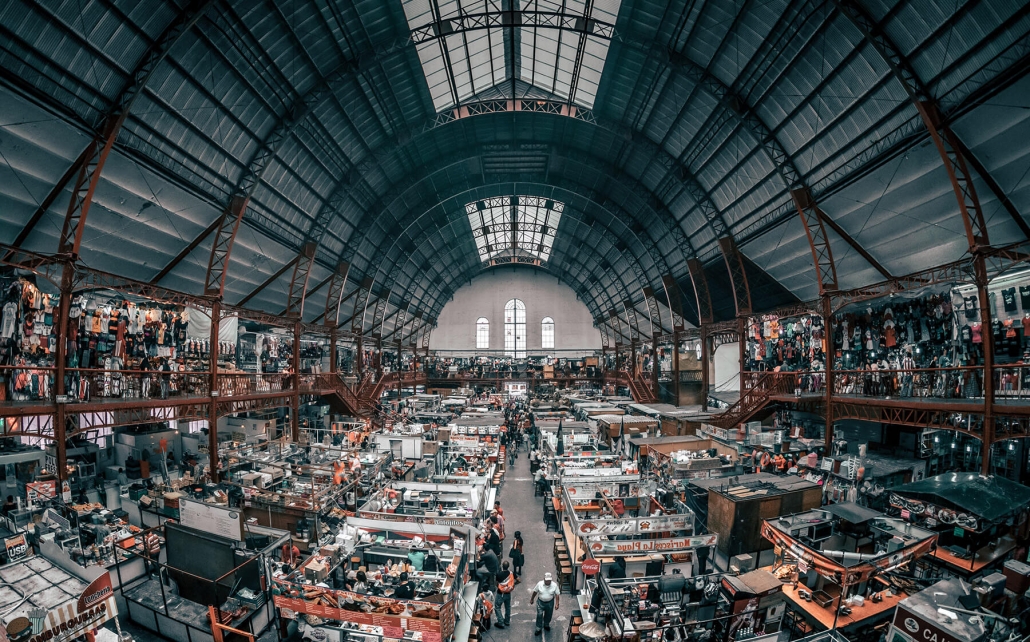 The use of bigger structures that work together to execute specified tasks increased dramatically across a wide range of sectors in recent decades. Because of this, the production costs, operational safety, and production capacity of these facilities all rely on the facilities’ ability to operate continuously. As a result, regular inspection and evaluation of these infrastructures are vital for the early diagnosis of potential problems and minimizing operational downtime and downtime.

Non-Destructive Inspection (NDI) solutions are capable of doing such evaluations. NDI may be described as checking specimens to discover anomalies or changes in features without causing harm to the specimen or the spot where the specimen is being examined.
Inspections conducted with the assistance of drones represent a new technical frontier in analyzing and getting data in locations and situations that are difficult to reach with conventional procedures.

Such a service may be supplied in a wide range of industries, including oil and gas, offshore, pipelines and power lines, solar parks, TLC, infrastructure, and real estate, to name a few examples.

In a nutshell, the employment of RPAs (remotely piloted aircraft, often known as drones) in industrial inspection services provides some basic benefits. Using sensory applications of various sorts makes it possible to reduce the implementation costs associated with the execution of tasks at a height. At the same time, you can boost safety assurance by a large margin.

Facilities such as buildings, bridges, oil and gas pipelines, and refineries, among other things, need frequent and detailed inspections. The inspection reports are used to plan and carry out necessary repairs to maintain the structural health of the buildings and the safety of their employees. However, the performance of these inspections can be difficult due to the size of the facility, the lack of easy access, the health risks to the inspectors, and a variety of other factors. As a result, companies have increased their investments in drones as an alternative solution to overcome these challenges. Because it is an aerial machine, drones aid businesses in decreasing inspection time and costs. Furthermore, the use of drones reduces the number of people who need to be present during inspections while also increasing the safety of those there. Finally, drones offer a safe and dependable alternative for checking hard-to-reach or dangerous regions that would otherwise be impossible to access. 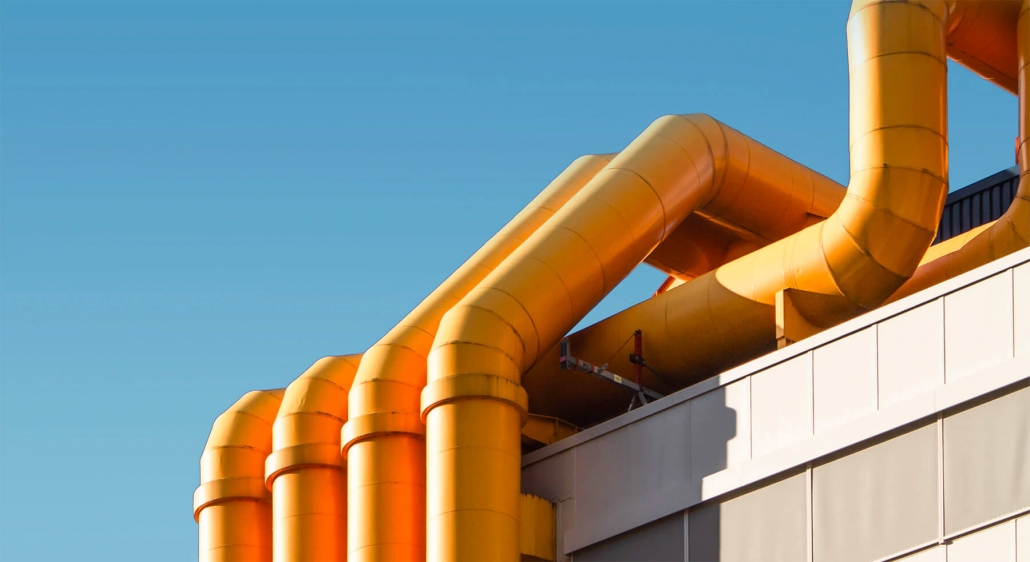 The two major types of Industrial inspections are:

It is based on measuring the thermal radiation emitted from the surface of an item of interest to be studied. This approach is often used to identify defects like fractures, voids, delamination, structural damage, and corrosion in a component by examining the thermal radiation patterns emitted by the component during operation. It is further classified into two categories: active techniques and passive approaches.

This inspection is where possible problems are detected and localized by inspectors using cameras or their own eyes. Even though this form of examination does not need specialized equipment, it necessitates the use of specialized training and knowledge to discern discovered irregularities and evaluate their severity.

A traditional examination would be carried out by professional inspectors and climbers, who would use specialized equipment, which might be both costly and ineffectual at times. Furthermore, due to the fast growth in demand for the inspection of aging bridges, the backlog of inspections has grown, owing to the inefficiency of old techniques, which are both time-consuming and inefficient in comparison.

Building inspection for energy efficiency is a significant subject, and several nations, including Canada, have been convinced to impose obligatory energy audits on all new construction. Because buildings account for 40% of total energy use and 36% of total CO2 emissions, they are a significant source of concern. Energy loss detection in big residential and nonresidential buildings and other infrastructures may thus be very beneficial in terms of energy conservation and decarbonization.

Heat losses, moisture penetration, and water leakage may be detected using a thermographic examination of structures. Thermographic inspection of buildings can also be used to determine the structural integrity of concrete walls. When it comes to how drones may improve the reliability and efficiency of inspections, another area of interest is the inspection of commercial and manufacturing facilities.

Drones can boost the reliability and efficacy of the inspection process. Using 3D models to assess structures is another area of particular interest in this field. The availability of an accurate 3D representation of a building’s surface may considerably improve the study of the building’s energy efficiency by including geometry in energy efficiency calculations.

Inspection of Construction and Mining Sites

Drones may be used at mining sites to do fast inspections for an emergency scenario or to identify hazards utilizing various sensors, saving time and money. i.e., Surface mining: mine operation, 3D mapping, slope stability, mine safety, construction monitoring, and facility management are all part of the job description for this position. Underground mines: rock-size distribution, gas detection, and mine rescue missions are all examples of what is possible.

Abandoned mines: replanting, gas storage detection, acid drainage monitoring, and landscape mapping are all things that may be done. Aerial land surveying of a construction site is one of the areas required for all land development projects at the start of the building phase, and it is one of the most time-c consuming. Drones can be extremely useful in managing construction logistics, as they can be used to locate equipment and materials on a construction site.

Inspection of Nuclear Sites and Monitoring of Radiological Risks

Nuclear materials may very well be regarded as a hazard to public health and security in incidents such as nuclear accidents or radioactive pollution. EURATOM – an EU Treaty stipulates that each EU member has pledged to regularly monitor radioactivity in air, water, and soil to ensure compliance with the norms. In another study, a Cadmium–Zinc–Telluride (CZT) detector and a gamma camera were put on a drone capable of interior flying. Additionally, localization algorithms were introduced to the aerial platform for navigation and planned route memory, owing to the absence of GPS signals in interior contexts.

A fast scan of a vast region is crucial in the event of nuclear catastrophes and radiation leakages. Drones can decrease the number of human resources and safeguard the operators by conducting remote detection. Another drone concept provides a small and transportable technology for the safe and rapid assessment of nuclear pollution and contamination that differentiate between neutrons and gamma radiation types. The technology can send real-time data analysis at the ground control station.

Inspection of Pavement and Concrete Structures

Monitoring pavement and concrete structures to identify cracks are one of the necessary operations to maintain structural integrity. Numerous researchers studied the use of drones to boost the coverage rate and minimize inspection time. Cracks could open the path to corrosive substances into an underlying structure like a bridge. Cracks on concrete buildings, like skyscrapers and bridges, are classified as degradations.

Identifying sinkholes utilizing an airborne platform on paved roads is another subject studied by certain research. Monitoring humidity and water leaks is another area where drones may be of significant relevance. Examining underground pipelines to identify water leaks may efficiently prevent water loss. The water leaks generate temperature changes in the pipe’s surroundings, which may be detected and examined using thermal cameras.

The research indicated a quantifiable association between irregular temperature patterns on PV modules and considerable power loss. The drone-based thermal inspection might be an option for assessing a large PV facility. Drone-based thermal examination of solar panels is an overall strategy in the renewable and sustainable energy business. Drones may shorten the duration of inspection greatly and improve the coverage area. To achieve the optimum financial and energy return of Photovoltaic modules, the quality inspection of the modules is a crucial aspect.

Aerial platforms may also be deployed to give a thermal map of the examined area, which can build a more accurate description of the plant for detecting and identifying the faulty PV modules. In addition to the drone-based thermal examination of PV modules, multi-modal systems can also offer more effective solutions. Zefri et al. employed thermal and visual vision sensors fitted on a drone to examine PV plant installations. They obtained essential data through a mission in Rabat, Morocco, and utilized an accessible dataset collected in Switzerland.

Electrical power providers periodically monitor the health of transmission cables using infrared cameras deployed aboard helicopters. Although a helicopter may efficiently be utilized in such inspections, it is exceedingly expensive and risky, particularly for hard-to-reach places. In South Korea, companies invest in drones for inspection, owing to the restriction of access to power transmission components as they are positioned in mountainous locations and susceptible to natural catastrophes.

Now airborne platforms consist of onboard and ground components. The onboard system records and transmits the sensory data, while the ground system processes the data. The teams discovered obvious problems on electrical components using visual pictures while overheating, and defects were found using thermal imaging.

The blades of wind turbines are subjected to a particularly severe environment, which includes temperature and humidity fluctuations, corrosion, and variations in wind loads, among other things. The various components of a wind turbine may have manufacturing faults and damage caused by lightning strikes, collisions with birds and insects, corrosion, and the buildup of dirt or ice during operation. Manual inspection of wind turbines is a dangerous and time-consuming endeavor.

Traditionally, professional experts evaluate wind turbines’ inner and external structures using ropes, cranes, and other specialized equipment, according to the manufacturer’s specifications. If a wind turbine is inspected by drone, the examination might be completed in as little as 1.5 hours, whereas an inspection conducted using a rope access method could take as long as 8 hours. Along with reducing the time required for the inspection, drones may reduce the associated risks, such as fires, explosions, employees falling, high-voltage equipment, static electricity, and other hazards.

All industries are subject to a variety of dangers of varying degrees. The liability associated with some of these hazardous issues may be significant; in some situations, it can be exceedingly dangerous and completely ruin a business; in others, it can be expensive and time-consuming to mitigate. Inspecting pipelines, major infrastructures, railway lines, under-bridge work in nuclear power plants, oil and gas facilities, chimneys, boilers, wind turbines, cell towers, and other areas where humans or machines cannot reach is now possible via the deployment of inspection drones.